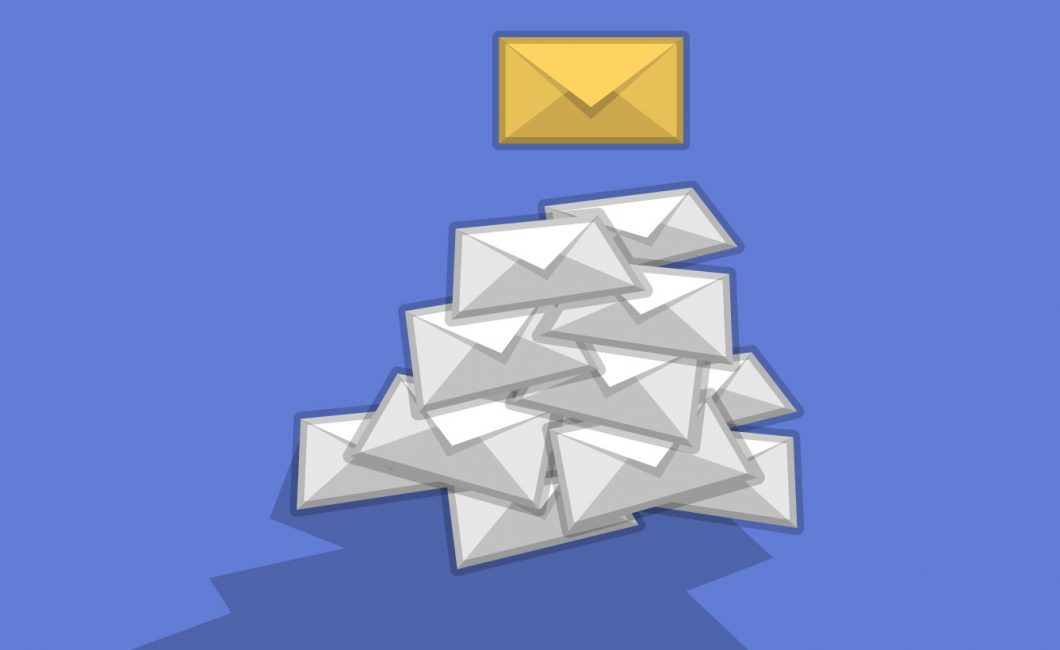 Emails come in thick and fast these days, with companies competing fiercely for people’s attention. It’s so easy to slip down to the bottom of the pile under a deluge of emails if yours isn’t spotted right away, but there is no reason to leave it there. Why not have a second bite of the cherry and simply resend to anyone that hasn’t opened the email? As the old adage goes, if at first you don’t succeed…

Aren’t I just doubling the work?

With so many email platforms geared towards automation these days, it should actually require very little work on your end to set up a resend. A duplicate of your template with a shiny new subject line and preheader (since the first ones struck out, no harm in trying something a little more captivating) is probably all the effort you will need to put in, and then automating a resend to your non-openers after a designated period of time can but done with just a few clicks.

Previous analysis on open behaviour suggests that around 8-10 hours after sending (based upon an AM send), the number of new openers begins to wane significantly, with a mini resurgence in the evening (when people may have more free time to view their personal emails when the working day is done), so factoring this in, if you want to rerun the campaign on the same day, then, for example, a 9am send could easily have a resend at 6pm to have another crack at this potentially more active period, or let this resurgent period pass first before attempting a resend a little later. Or you could even try the next day to diminish the number of people that may see the email twice even further.

Some people may get annoyed and decide to leave your mailing list as a result of getting too many emails. These people probably aren’t your best customers anyway. But then again, that is a chance you take every time you push go on your latest email campaign. The question is, do the positives outweigh the negatives? Let’s find out:

Client A: A Retailer – looking at the averages across campaigns with non-opener resends in a monthly period: 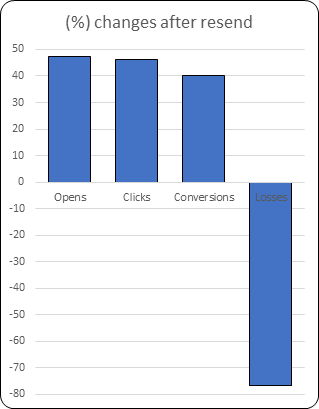 This client had an average open rate for the initial send of 16.25%. So, this means the resend, factoring in losses from the first send, averaged to around 83.7% of the original data. We can see that the resend has produced over a 40% increase across the board for opens, clicks and conversions from the original amount achieved by the first send – which on average has engaged a further 7.7% of the data and produced £4,400 extra revenue on every campaign – the beers are on them.

So, on to the reason for any potential trepidation – just how bad is the impact on the subscriber list? The resend has produced on average 76.7% more unsubscribers, which sounds high but is actually a lower percentage of the sent total than from the initial send – had these people opened on the first send you may well have lost them there anyway. Compared to such an impressive increase in engagement and conversions, this seems like a small price to pay and not a reason to abandon the strategy.

Client B: A Retailer – looking at the averages across campaigns with non-opener resends for the last 10 campaigns (this client resends to a random portion of the non-openers rather than the whole lot and, due to a busy schedule, not every time): 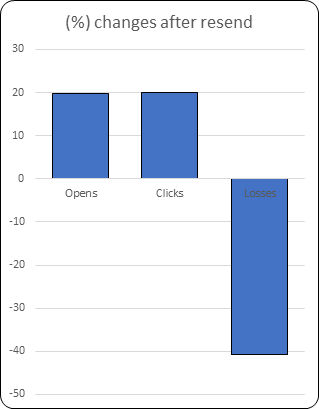 Client B sends on average 33.3% of the non-openers from the original send compared to 100% for Client A. Whilst lower than Client A for engagement, with around a 20% increase for opens and clicks, there is a much smaller loss percentage in comparison (even though it is slightly worse proportionately to the original send than compared with Client A, but this can be explained by behavioural differences between the recipients and the client brand). So, in short, send less, lose less, but gain less.

It seems like a straightforward decision to add non-opener resends to your email marketing strategy, even just as a trial in the beginning. If you are risk loving, you can go all in and send to all non-openers, or if you are a bit more risk averse you can send to a smaller portion just to give your campaign a little boost, and of course you can pick and choose your campaigns if there is a particularly important one that you want to reach as many people as possible. Our experiences show you have a lot more to gain than lose, so why not give it a whirl – put in a little effort for a big reward.