There are certainly strengths and limitations of default email clients on various mobile devices we use all the time, but what about the constantly growing list of 3rd party email clients available in the App Store or the Google Play marketplace?

In the second in a series of blogs on the topic, I’ve run some tests on a selection of the more popular ones available in Google’s Play Store. If you missed the first blog that gave a round up of the iOS 3rd party email clients, you can read it here.

Two templates were tested, each using non-standard Google fonts as well as a CSS3 trick (rotation) to see whether those technologies were supported. One template was responsive, with break points for certain screen sizes and the other was fluid, where everything in the email adjusts according to the width of the screen, whatever that may be.

The results have been tabulated below, however I have more detailed comments at the end of this blog.

As with iOS the results are a mixed bag. Once again a surprising number of clients supported non-standard fonts and CSS tricks, but support for responsive design was limited. Fluid design fared a bit better and, although the table above suggests otherwise, is at least partially supported by more clients then the fixed break points of responsive design. However, if stacking a two column design didn’t work it was recorded as a fail.

The Play Store gives you vague ideas of the number of devices a particular app has been installed on, detailed in the “Installed” column above. Gmail is by far the most installed, which is a shame because likes it’s iOS counterpart, it doesn’t support any of the technology tested here – although images are displayed by default. Yahoo and AOL are also widely installed and also have limited support. The surprising exception to this rule was the official Outlook.com client which did surprisingly well in all the tests.

Hopefully as clients continue to mature they may start to support more modern design techniques, allowing us to give subscribers better and more consistent user experiences. I will endeavour to update this blog as new versions of these clients are released. If I’ve missed out your favourite email client let me know in the comments section below. 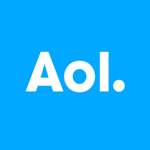 Like the iOS version, the AOL app is not limited to just email, but a whole host of AOL features and content including news, weather and videos. The email client itself is fairly basic and lacks a lot of the better features and doesn’t support either coding approach, web fonts or CSS3 tricks. 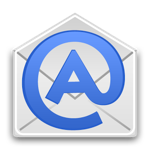 Aqua Mail is a very good email client for Android, supporting all the technologies tested here perfectly. It works with POP, IMAP and Exchange accounts via EWS (Exchange Web Services). The “lite” version is limited to two accounts and automatically inserts a self-promoting signature, but a “pro” upgrade can be purchased to remove these limitations. 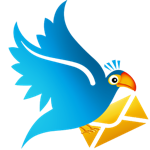 Bird Mail is based on the open source K-9 email client (see below). Like k-9 it doesn’t support either fluid or responsive design, but web fonts and CSS3 tricks work fine. Images are on by default too, unlike K-9. The free version lacks some of the features of the Pro version, like push notifications, and is ad-supported. 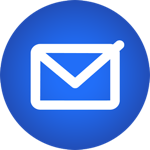 Blue is a really nice looking email app, with more than a hint of iOS7’s flat look to it. It has support for POP and IMAp accounts, although not Exchange. On the technologies support front it does support web fonts and CSS3 tricks, but responsive and fluid design are not supported. 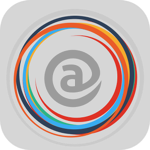 Circles is a very nice looking email client. Currently it only supports IMAP accounts, although Exchange support is planned. It offers all the features of a modern email client and has support for all the technologies tested. Unfortunately it has a relatively small installed base, but hopefully this will grow over time. 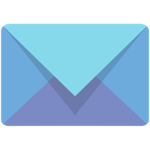 CloudMagic is a relatively new email client that has a very clean interface, supports any IMAP mail server and has built in support for a number of productivity tools like Evernote, Salesforce, Pocket and even MailChimp. Unfortunately it doesn’t seem to support either fluid or responsive design or web fonts and CSS3. 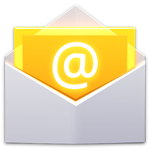 Email is the default email client installed on all Nexus devices, with support for POP, IMAP and Exchange accounts. It’s very similar in appearance to Google’s GMAIL app, but has support for web fonts and CSS3, but not fluid or responsive design. Unlike the Gmail app images are disabled by default. 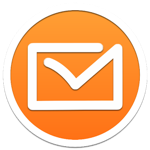 Fluent Mail is designed for people like me with no hope of “inbox zero”. They do this through their “Quick View” feature which opens the email directly in the inbox which is great for flicking through emails quickly. Unfortunately while web fonts and CSS3 tricks are supported, it does not support responsive or fluid design. It support iCloud, POP and IMAP, although not Exchange. 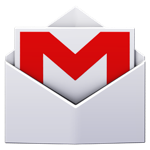 The Gmail is is by far the most widely installed and presumably used email client in the Play Store, dwarfing the install bases of all the others. Unfortunately like it’s iOS cousin, it lacks support for any of the technologies being tested here, although as a slight sweetener images are displayed by default. 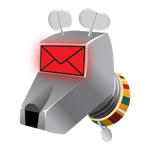 K-9 Mail is an open source email client and the most popular of the non-Google, non-webmail provider specific clients. Due to its open source nature it’s also the basis of other clients, including Bird Mail and Kaiten Mail. While it does support web fonts and CSS3, the mobile optimisation techniques tested aren’t supported. Images are disabled by default too. 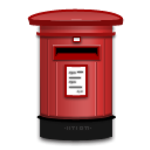 Kaiten Mail is available as either a paid or an ad-supported app and is based on the open source client K-9 Mail, sharing its support for web fonts and CSS3, while not supporting fluid or responsive design. Images are off by default. 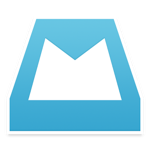 Mailbox has been around for some time and its main aim is to help you get on top of your email by allowing you to “snooze” emails for varying amounts of time in order to de-clutter your inbox. Dropbox liked this idea so much, they purchased the company! Unfortunately as of writing Mailbox only supports Gmail and iCloud accounts, so its appeal is limited, although it’s worth mentioning you do get some free bonus space on your Dropbox account simply for using it. Sadly, its support for any of the technologies being tested leaves a lot to be desired and it failed on all accounts. 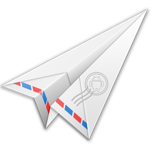 MailDroid is a very powerful email client and has a lot of great functionality, including support for encryption which is lacking from most of the other clients tested. It supports POP, IMAP and Exchange accounts and even has a spam-filter plugin, although this is only available via an in-app purchase. The free version is ad-supported, while the paid for version removes these and has some additional nice, but not essential, features. MailDroid does not support responsive design, but fluid design works great. Web fonts and CSS3 are supported, but images are off by default. 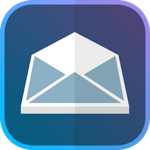 Mails is a fairly new lightweight email client. It’s fast and easy to use, but lacks some of the more advanced features some users may require. It doesn’t support either responsive or fluid design, but web fonts and CSS3 tricks work. Image are off by default. 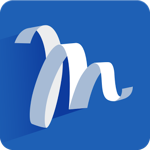 Molto isn’t quite as good on Android as it is on iOS, with some questionable UI decisions like forcing you to use it in landscape mode on tablet. It supports both POP and IMAP accounts, although not Exchange. Unlike the iOS version it does not support fluid or responsive design, but web fonts and CSS3 tricks worked as expected. 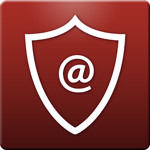 my Secure Mail as the name might suggest focuses on security, although only in the paid Pro version, with support for a number of cryptographic features like encryption and signing. It supports POP and IMAP in the free version and Exchange ActiveSync in the Pro. Unfortunately it does have very good support for the technologies tested here, only passing the CSS3 tricks test. 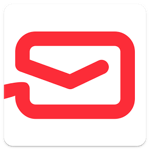 myMail supports both IMAP and POP accounts, but not Exchange. It also allows you to sign-up for a @my.com addresses from within the app. It has a fairly immature feature set compared with the rest of the clients tested. Unfortunately it didn’t fare very well on any of the tests, failing them all. Images are on by default though. 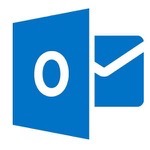 Outlook.com is a the real surprise of this bunch, with its support for fluid design, web fonts and CSS3 tricks, although not responsive, which is impressive considering none of the other mailbox provider specific clients support any of them. Images are on by default too. Interestingly there is no iOS version of the Outlook.com, which again bucks the trend for mailbox provider specific clients. 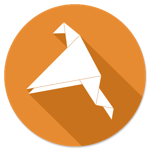 Pigeon is another client based on the K-9 open source client, sharing all of its strengths and weaknesses. The free version is limited to a single account with ads, while the pro version removes these limitations. 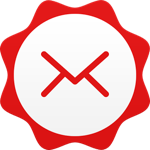 SolMail is completely free and supports IMAP and POP accounts. It lacks some of the more advanced features found in other clients and adds some you might not need, like stickers. That said, it supports everything but responsive design and is free without ads. Images are on too. 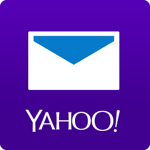 Yahoo Mail supports multiple accounts, but only Yahoo accounts. It also has support for Flikr themes which make a nice change from the default purple interface. Unfortunately it does not support any of the technologies being tested.